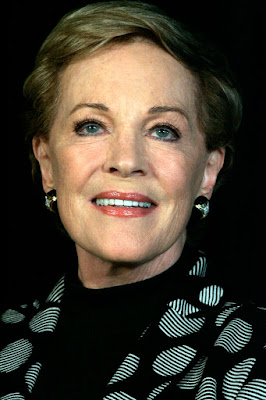 The American Film Institute Board of Trustees has selected Julie Andrews as the recipient of the 48th AFI Life Achievement Award.
The award will be presented to Andrews on April 25 in Los Angeles. The ceremony will be telecast on TNT.
“Julie Andrews is practically perfect in every way,” said Kathleen Kennedy, chair of the AFI Board of Trustees. “Her talents across time have inspired a shared sense of joy across generations, and her gifts to our cultural heritage are a testament to the power of this art form to bring us together when we need it most. AFI is proud to sing her praises with its 48th Life Achievement Award.”
Andrews won a Best Actress Oscar for “Mary Poppins” and was nominated for “The Sound of Music” and Victor/Victoria.” She has won five Golden Globes, three Grammys and two Emmys. Andrews received Tony nominations for “My Fair Lady,” “Camelot” and the stage version of “Victor/Victoria.” She’s also a Kennedy Center honoree, a Disney Legend inductee and the recipient of a SAG Life Achievement Award.